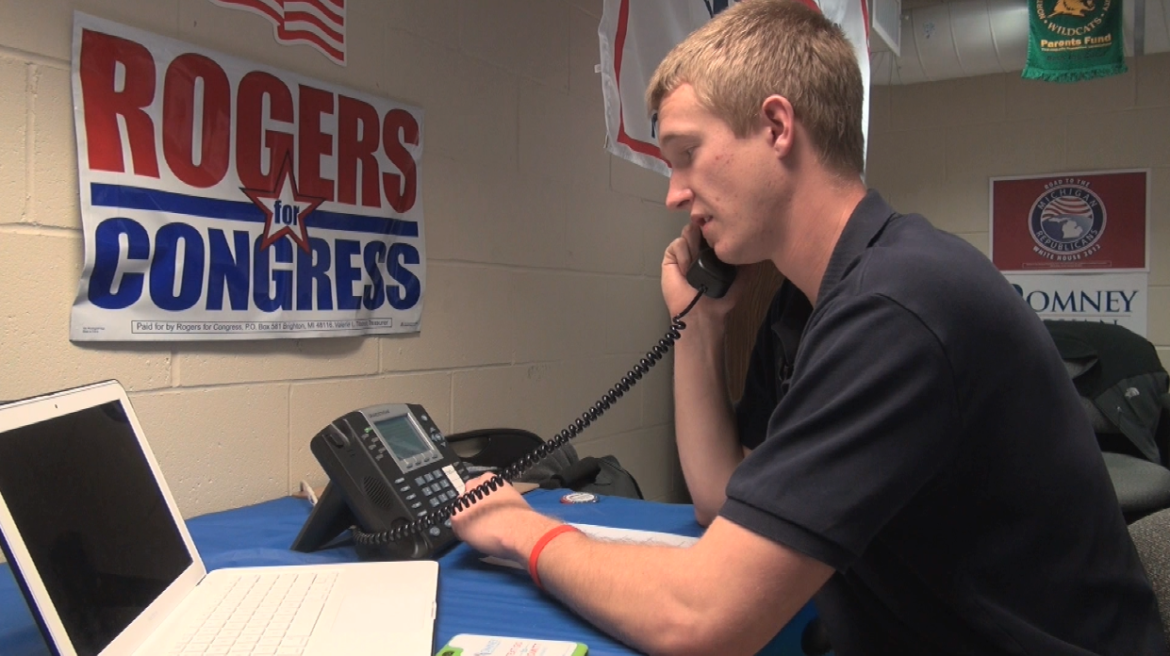 In the final days leading up to the election, students on campus with both the Romney and Obama campaigns are working hard in their final get-out-the-vote efforts.

Will Staal has been volunteering with the Romney campaign since August. The MSU junior said he got involved because the implications of the this election couldn’t be greater.

MSU junior Will Staal makes calls at the Romney campaign offices in Lansing.

“For people, especially my age, we’ve had enough time of sitting on the sidelines and letting people in Washington make our decisions” Staal said. “I just wanted to stand up and fight for a cause I believe in.”

Staal and other Republican students have been making calls and going door-to-door in the East Lansing area in what he calls a grassroots effort.

“This year especially, I’d say it’s not 2008, this is 2012 and it’s just way too important for people to sit on the sidelines and slowly but surely students have recognized that,” he said.

The Romney campus isn’t alone. In these final days before the election there are plenty of students who are also working just as hard to make sure it’s the president who’s claiming victory this November.

Vanfossen is an Obama supporter who said the big push now in the last few days before the election is to make sure voters are educated on where and how to vote.

“There’s lot of first time voters on campus and there’s a push to sometimes scare away those first time voters from voting and we want to make sure that they feel like they can vote and are honored to vote,” Vanfossen said.

And while the two campaigns might fundamentally differ on most issues, there seems to be one thing they can all agree on.

“People are interested and this is a big year. 2008 was huge and 2012 is the same thing. There are a lot of things at stake and a lot of students care,” said Vanfossen.

“If you’re going to have an opinion, go out there and help. I’m not saying that just for Republicans or Democrats, If you believe in something just get involved and do something,” Staal said.