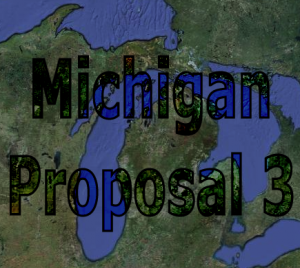 Energy officials in neighboring states are watching to see if voters approve Michigan’s ballot proposal to get 25 percent of its electricity from renewable-energy sources by 2025.

If it passes, some say it ramps up a Great Lakes regional race for  renewable energy.

Michigan would become a leader among all Great Lakes states with such a renewable energy standard, said Steve Caminati, executive director of the Ohio Business Council for a Clean Economy.

It will definitely impact other Great Lakes states, including Ohio, Caminati said.

Others aren’t so sure.

“I don’t know if that’s what will happen or not,” said Doug Shoemaker, director of Minnesota Renewable Energy Association.

Great Lakes states are competing with each other and thinking about whether or not new standards are needed, depending on their own situations, he said.

Ohio’s 2009 law requires at least 12.5 percent of its electricity to come from renewable sources by 2025, he said. The state is one of the nation’s leaders in clean-energy jobs, employing about 25,000 people.

“If one neighboring state increases, other states need to step up,” Caminati said.

If Michigan’s proposal is passed, Ohio will probably lose its leading position among Great Lakes states, he said. And it could see one of its fastest-growing sources of jobs move north.

But Shoemaker from the Minnesota Renewable Energy Association doesn’t anticipate a jobs drain from his state.

Most jobs in Minnesota are taken by local residents, he said. The state lacks the resources to attract out-of-state investors.

People who moved from California to Minnesota to get involved in the state’s solar industry were disappointed, he said. “They didn’t know how small our solar industry is compared to California.

“Most people work here because their family is here,” he said.

If the proposal passes, naturally people will go and find a job there, Vogl said.

“But that depends on a lot of factors,” he said. If people in Illinois can go wherever they want to find jobs, they will still consider Illinois as their first choice because they are Illinois residents.

Illinois has two main transmission lines within the state, according to Vogl. Those have been an important factor in development of Illinois’ renewable energy industry.

“I don’t see that Michigan is planning to build the power line to connect renewable energy to other states,” he said.

“We are looking at a lot of industries that go beyond state borders,” he said. “We would like to see with Michigan’s proposal an increase demand of cooperation among different states.”

But competition is also good.

“As a organization we support what’s going on in Michigan,” he said. “Ohio can benefit from that but it also need to pay more attention to this area and step up.”

“At the end of the day we are also competing with each other,” Caminati said. “We need to see what we can do in Ohio and work with political lawmakers to make it happen.”

Advocates in Ohio introduced a proposal called “Yes for Ohio’s energy future” early this year. It suggested that the state spend $1.3 billion annually in clean energy from 2013-2023. It didn’t make it onto the ballot.

“We feel it is a opportunity, the fact is manufacturers don’t come to the state to offer jobs unless there is policy to promote it,” he said. “We will see what the state can do to assist our industry.”

“A lot of things are on hold right now waiting for the election to happen,” he said. “We are definitely looking forward to that.

“Based on the politics I don’t see any standard in couple of years.”