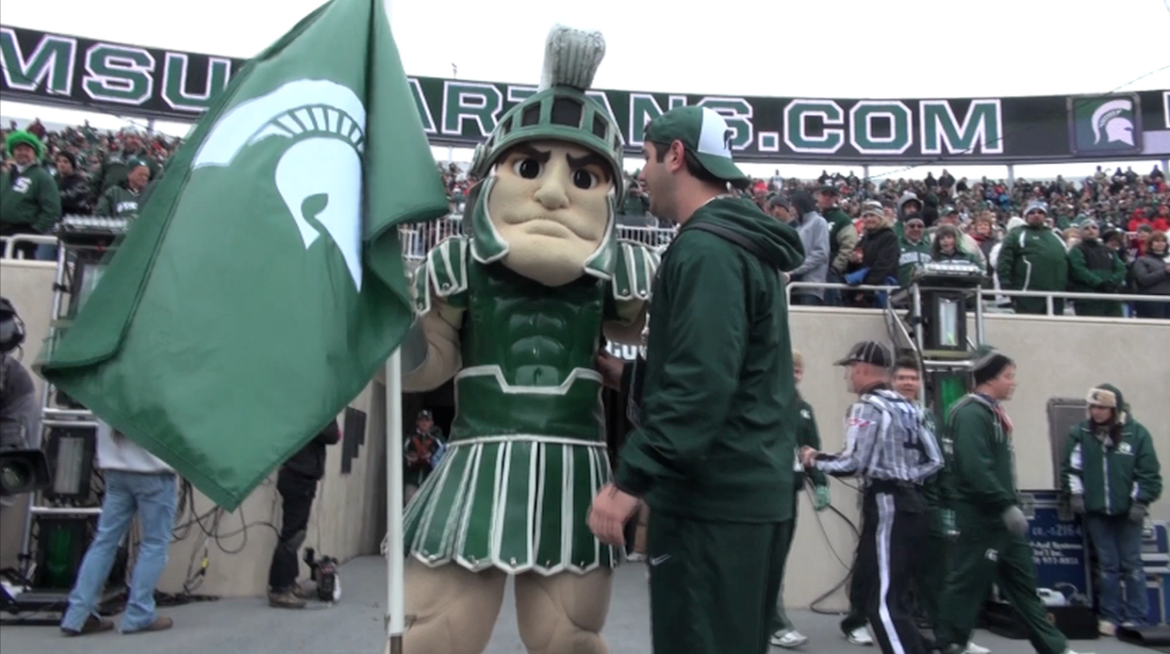 Ty Richards has a campus job unlike any other.

That’s because he’s responsible for one of the most important figures on MSU’s campus.

The kinesiology senior–who is now co-director of the Sparty Mascot Program–has been one of Sparty’s student escorts since he was a freshman.

“It’s just so cool because it’s such a different approach you can take to being involved on campus,” Richards said. “A lot of kids just see Sparty on the football fields or basketball arena and they’re like wow that’s awesome, but being able to have the opportunity to take Sparty to events…to just lighten people’s moods is amazing.”

And Richards says it’s a job and responsibility he and the rest of the escorts hold with great pride.

“Without the 15 or 20 very determined and responsible individuals that we have…the process wouldn’t be able to run, because they need to be there…they’re Sparty’s eyes and ears,” he said.

With more than 400 appearances nationwide every year, it’s no doubt a tall order coordinating Sparty.

“A lot of times, Sparty who’s 7 foot 5 can’t see what’s going on so without the escorts nothing runs smoothly, and they’re incredible,” Richards said.

“They love their job and Sparty loves them and it’s just such a great relationship that the two people share that it just works so smoothly.”

And it’s a job that would also seem to have its perks.

“It’s really surreal because it’s sometimes something that you get caught up in too because people give you high-fives too and you’re not even doing anything,” Richards said.

At the end of the day, Richards said representing Sparty is more than just a job, and an experience he wouldn’t easily trade.

“One icon, one mascot…can represent every single thing about Mihiagn State Unviersity and everyone accepts that,” he said.

“Whether they get a high five or see him in the distance it’s the same thing…they’re gonna have a smile on their face and it’s just gonna brighten their day.”

Any student can apply to be a part of the Sparty Escort Program by visiting http://www.saf.msu.edu/sparty/escort