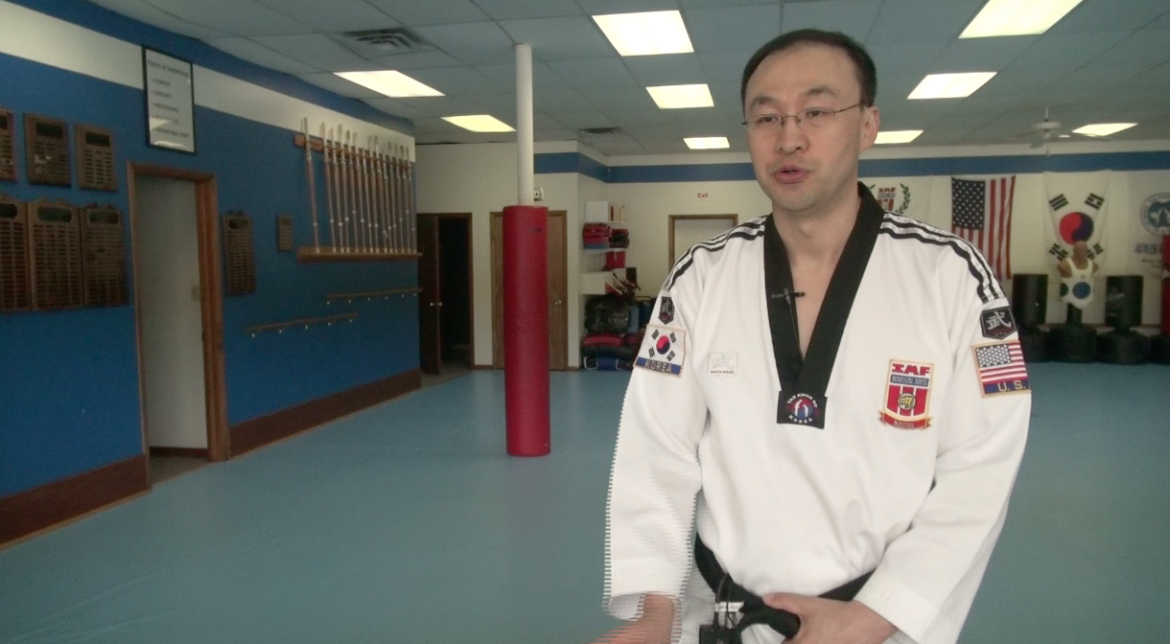 Bridging cultures, self-defense, and instilling discipline are typical tenets of martial arts. One local Korean family preaches and teaches these traditions in their Okemos Taekwondo studio.

Master Steve Shinn has devoted himself to Taekwondo, a tradition Korean martial art, for more than 30 years.

After getting his MBA degree at MSU, Shinn decided to develop his hobby into a career. And now he is living with his wife and two sons. He said
it was easy decision because taekwondo is much higher satisfaction because I know I am making a difference to the world.?
Now, he is living in okemos, with his wife and two sons.
As an Olympic event, Taekwondo is a traditional martial art in Korea. But now, residents in Lansing area have entitled it with different meanings.

Dan mcintee has been coming to the studio since 2003. As a father and a husband, taekwondo also helps mcintee keep his family together.

Parents are willing to send their children here not only to exercise but to learn.
danniel started practise taekwondo for three years, at the age of nine.

For the family, taekwondo is a sport that gets all boys together.

However, what shinn family need to consider is to blend korea traditional culture into the american way of life.

The combinition of two cultures is still on going even after 16 years.

In Korea master instructor stands in the front of the classroom and tell everybody to do something and they all do it. In America, you have to demonstrate it four five ten times in facts.

But master shinn believes that the gap will be override in the near future.