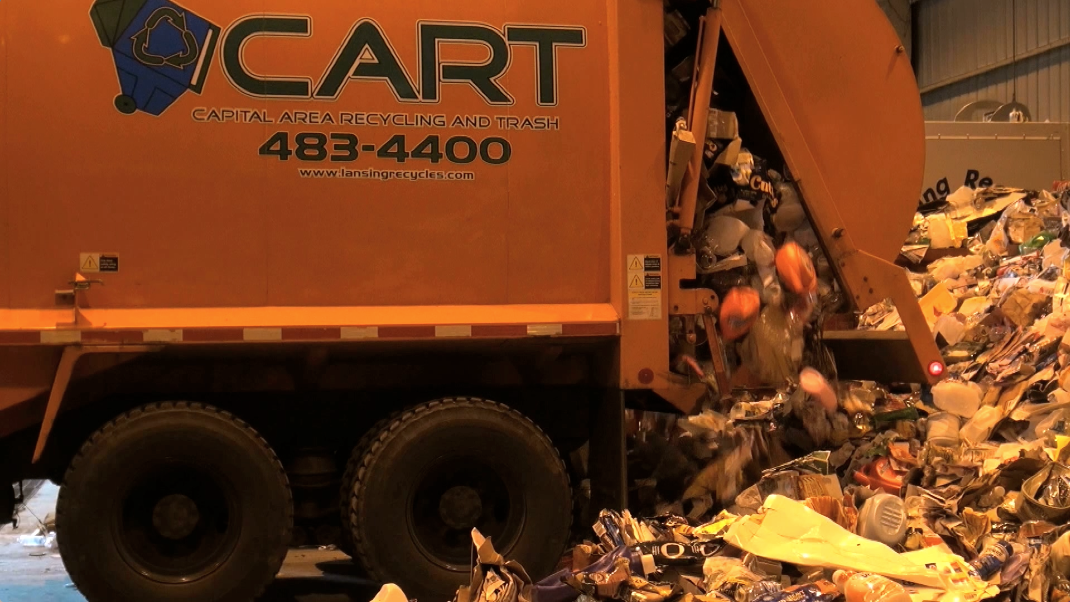 Recycling sometimes takes effort for everyone. “I have this bag, and then I have a top wear bin, we put all of our metal, jars..in the top wear, and in the bag we put our cardboard and our paper.. then when we get there, we have to sort everything out”, said Marandea Holtsclaw, a Michigan Public Health Institute Research Assistant. But as for Rob Crozier, staff at MSU Recycling Center, he has the same thought,  “It takes a lot of labor to sort out all of the materials”, said he.

Traditionally, homeowners need to sort out items by metal, glass, or newspaper. But now different materials such as paper and plastics can go into the same bin under  the Lansing’s new recycling program.

Mr. Chad Gamble, the Director of Public Service of the city of Lansing, said the new program, which termed “Single Stream Recycling”, could allow the city collect more commodities and fasten the recycling process “The homeowners can actually simply take paper, plastic, small appliances, dump them all into the container”, said he. By allowing residents put different recyclables into the same bin, Gamble also thinks it would make the recycling operation more effective since it helps reduce the labor needed to do the recycling, and the savings could be used to transport all collected materials to Ann Arbor, where a new Material Recycling Facility will take responsibility of sorting out materials.

Considering the new program would help ease the recycling work, many people think  it would encourage more residents to recycle. “It makes it easier for the homeowner. The homeowner doesn’t like the one has the thing. They don’t want six different bins in their house to have them sorted”, said Rob. Marandea also think this program  will get some other people that don’t normally recycle because they don’t have the time.

Gamble said the program could reduce the volume of  household waste stream by up to 80%, and hopes it will make the city and residents double winners.