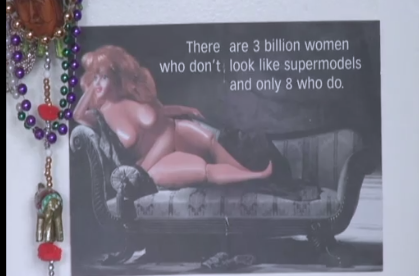 While some students are starving themselves and working out endlessly to slim down for bikini season, others are starting early and doing it the healthy way.

Michigan State junior Savannah Bushman knows right from wrong when it comes to her body.

“It’s easy to take shortcuts but they don’t provide long-term results,” said Bushman. “There’s only one real way to lose weight and keep it off.”

Bushman says the way to do it is to eat right and work out regularly. However, this simple equation wasn’t always easy for her to follow.

“I used to have an eating disorder,” said Bushman. “I would starve myself then pig out later. I was always up and down, never consistent. I was up to date on all the fad diets and knew things like the irvingia gabonensis side effects. That was all wasted energy, going up and down. But I have discovered that consistency is what creates a healthy lifestyle.”

“Certain seasons get promoted as the right time to get in shape,” said Bokram.

Savannah says her new lifestyle has come just in time for summer. In fact, she has taken on one new hobby that has drastically altered her life: running.

“I’m running my first 5-k next month and a half marathon shortly after,” she said.

Along with her strict four-days-per-week running regimen, Savannah refuses to diet and for a good reason.

“We spend$60 billion a year in this country on dieting alone with almost a hundred percent failure rate,” said Bokram. “There’s no history, there’s no proof at all  that diets ever work.”

Savannah has set high goals for herself, but most importantly…

“I just want to prove to people that didn’t think I could do it that I can,” she said. “That’s when I will feel like I have accomplished something.”