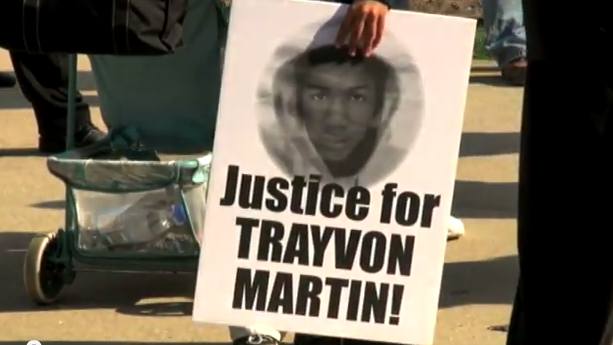 MSU students marched from the rock to the Union, and Lansing community members gathered at the Capitol to protest the lack of an arrest in Florida teen Trayvon Martin’s death.

Some people have asked why Martin’s death has become such a national outrage when seemingly senseless killings happen often and often get little to no media coverage.

“It just presents an interesting set of facts for people,” she says.

“Those people who commit those black on black crimes are in jail,” he says, “or they’re at least pursuing it trying to put them in jail.  But George Zimmerman?  He’s out walking the streets.”

Zimmerman, who has admitted to shooting Martin in self-defense, is the son of a white father and Hispanic mother, and his lack of arrest has led many people to believe race has played a role in the handling of the situation.

Most people do seem to agree on one thing, though, and that is the fact that the legal system needs to work itself out.

“He needs to be tried by the courts,” Briggs-Bunting says, “and not by the media.”