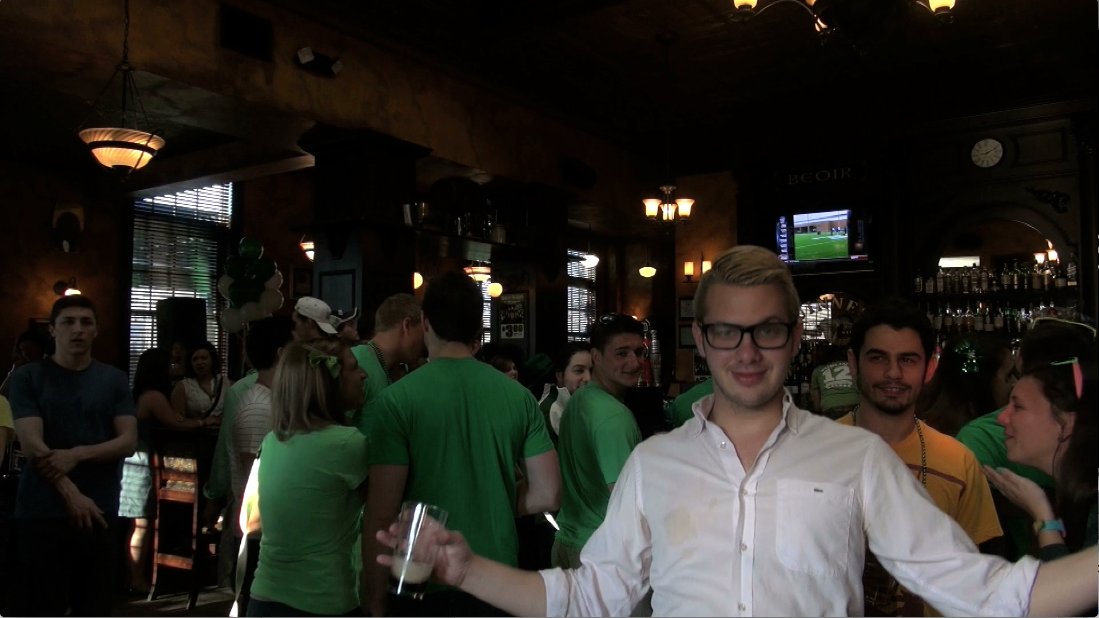 Lines at local bars wrapped around the block this St. Patrick’s day. At the busiest drinking days of the year, the crowds got together to celebrate and immerse themselves in the green beer. “Drinking green beer, wear green. Just being all sort of Irish possible”, said James Nelson, an East Lansing resident.

But with the holiday being on a Saturday and the unseasonably warm weather, things can get out of control. Around 3p.m., an accident happened in the Abbot Road while a pedestrian was trying to get across from one property to another one for drinking. “The preliminary finding looks like that the pedestrian was intoxicated and had been drinking. And ran out in front of the van, and then got hit”, said Kevin. While trivial accidents happen, most residents appreciate the police’s efforts. Emelia Carter, MSU Junior, didn’t drink because she is under 21, said she saw many polices are driving around to make sure that everybody knows that they are there. “Just keep us safe”, she said.

The glee of the festival culminated late into the night. And Sergeant Kevin predicated a more intensive situation as the night close on. But all police officers are hoping people could have fun and enjoy responsibly.