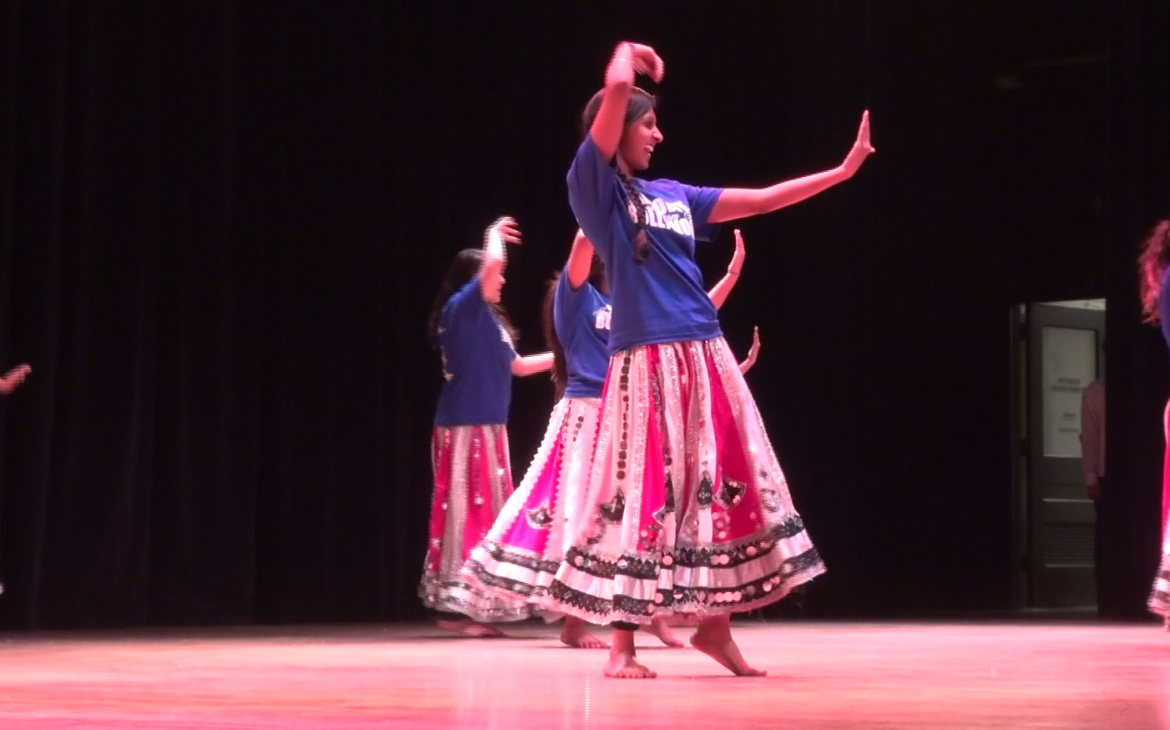 Rachna Patel uses dance to celebrate the diversity of her native country.

The MSU senior has been involved with the East Meets West dance show, Satrang for four years participating in dance styles ranging from traditional folk to Bollywood.

“There’s a bunger team from the state of Punjab,” Patel said. “Basically the show just showcases all the different areas of India and what each state and part of India is about.”

Her role this year goes beyond her on-stage involvement as the events coordinator for the Coalition of Indian Undergraduate Students, the group responsible for organizing Satrang.

“It’s really hectic…we have all sorts of events like today was the dress rehearsal,” she said.

Satrang, meaning seven colors, unites the diversity of India and has been a tradition at M-S-U since 1989. Finance Chair Mona Patel was quick to point out how it differs from the American culture many students are used to.

“It’s not like America where you can go from Michigan to Ohio and see the same foods and same people. In India, it’s so different from state to state.”

The show has significantly grown since its début 23 years ago, starting with only 50 performers, and now has nearly two-hundred. Students begin planning for the show six months in advance.

“We’ll have practice every single night for three, four, five hours to get this perfected,” Mona said.

While the event includes song, video, and fashion, the focus of the show is on Indian dance. For Rachna, she found a way to channel her indian heritage through Bollywood style dance.

“Bollywood movies are kinda like a musical,” she said. “There’s always songs in between every scene…so they are so dramatic.”

Over two-thousand people attended the show, and for many of the performers family and friends travel to campus for support. The presence of loved ones adds to the atmosphere for Rachna.

“Just being on stage is a really good feeling,” she said.

The rush she feels while dancing on stage is unmatched, and her final year as a satrang performer was no exception.