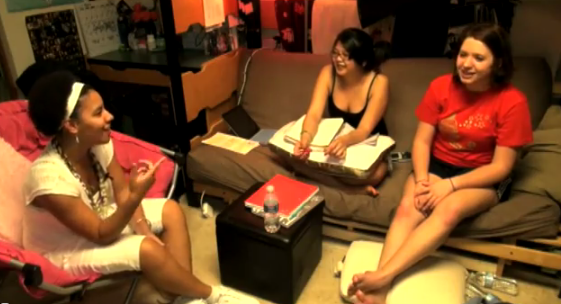 MSU senior Mimi Martinez has spent much of her college life promoting cultural diversity on campus.  As an intercultural aide through the Office of Cultural and Academic Transitions, Martinez lives in a residence hall on a floor with students, much like the halls’ resident mentors.  Aides differ from resident mentors, however, as they work to help incoming students to learn and benefit from being around different types of people that they may not have encountered prior to college.

“I think there’s  a lack of cultural awareness on campus,” she says, “so anything we as aides can do to help is really important.”

Martinez herself has become a sort of symbol of diversity this year as she has undergone a year-long initiation process to become a member of the Yoruba religion, a traditional African religion brought over to the Americas by the Yoruba people during the trans-Atlantic slave trade.

“During our process, we can only wear white, so people ask me all the time why I only wear white,” Martinez says.  “It gives me an opportunity to talk to them about religious diversity.”

Martinez stresses the importance of embracing all kinds of diversity and is thankful for her opportunity to help increase cultural awareness on campus.

“We as aides are here for everybody,” she says.  “A lot of people think we’re only here for minorities, but anyone can come to us for help or just to talk.”

Martinez will complete her initiation process in July, before moving back to campus as an OCAT team leader for the 2012-2013 school year.