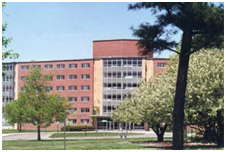 With help from President Lou Anna K. Simon and her administration, the Michigan State University Residence Halls Association passed a bill to implement “Flexible Housing” in selected halls next year.

“It’s a trial period,” says RHA President Sarah Pomeroy, “and it’ll be assessed throughout the year to determine what the demand is.  I anticipate it will continue to expand.”

The new policy will allow students of sophomore status and above to live with members of the opposite sex on campus.

“We’re in college making all kinds of important decisions for ourselves,” says sophomore Max Olivero, “so we should at least be able to live with who we feel most comfortable living with.”

The bill was pushed by a student organization called “Gender Neutral MSU,”  as well as by various Lesbian, Gay, Bisexual, and Transgender (LGBT)  support groups on campus.  One of these was PRISM, or  “People Respecting the Individuality of Students,” of which Olivero is a member of.

“It’s really a big step forward for the LGBT community,” he says.

Pomeroy says the policy will help more than just LGBT students, however.

“It really will benefit everyone, because it’s all about choosing what’s most comfortable for you,” she says.  “As a halls’ association, we are here to promote equality for all students living on campus, and that’s exactly what this does.”

The new policy will be implemented in 80 rooms in North Wonders and West McDonel Halls, both of which have suite-style bathrooms.  This is to eliminate inconveniences that could arise in halls with community-style bathrooms which are designated as male or female on each floor.

Living with a member of the opposite sex will be completely optional, and students who choose to “go in blind” will be housed with students of the same sex.