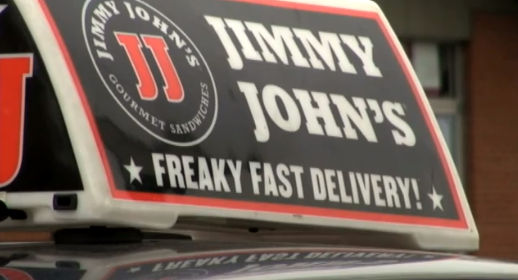 She loved Jimmy Johns but had no idea it would lead to hospitalization for several days.

Alexandra Shalayko, Michigan State freshmen, ordered her usual, the ‘Turkey Tom’, from the Hagadorn store located steps away from MSU’s campus. Less than a week later, she experienced intense abdominal cramps and diarrhea. She was then taken to Sparrow Hospital in Lansing.

Following an investigation, it was determined that she contracted a rare strain of E-Coli from the sprouts that came on her Jimmy Johns sub. This is not the first case.

“There have been several instances of people becoming ill from the sprouts at Jimmy Johns over the past year,” said Shalayko. “Why are they just now deciding to take action? I just want justice.”

“They need to take care of the customers who respect and love their company,” said Shalayko.

Falkenstein said that sprouts are a difficult food.

“Bacteria likeE-coli and salmonella thrive and in fact can multiple in a growth medium that’s warm and moist and that’s how sprouts are grown,” said Falkenstein.

Shalyako hopes to receive 10-25,000 in restitution. She had a slow recovery and often felt tired during the process.

“I’m not trying to take them down,” said Shalayko. “I just want them to make things right.”