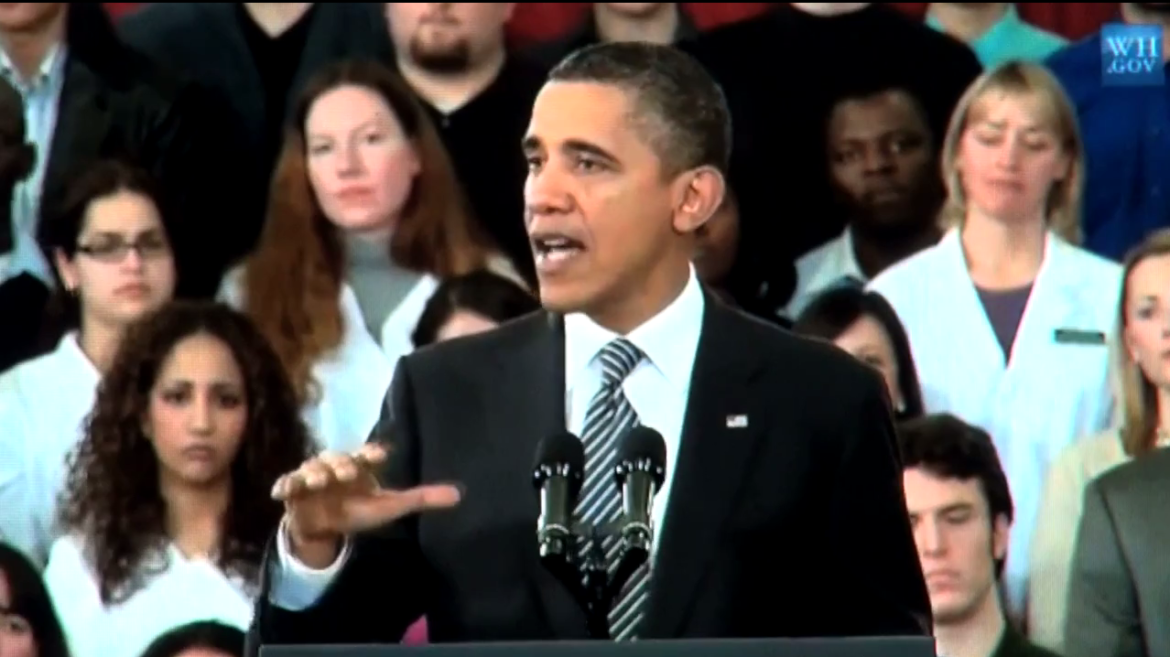 President Obama’s budget for the next fiscal year has big implication for MSU’s FRIB project. In this story, Focal Point’s reporter Lucy Guo shows us how this possible budget cut influence both the project and the community.
Kortney has been working for FRIB, the facility for rare isotope beams, for more than one year. She came here because Michigan State is the number one school in the country for unclear science.
As a doctoral student majoring in chemistry, she is now working as a research assistant for the FRIB program.  “So what FRIB will do for us is we will be able to speed things up faster, so when we collide things we will be able to get rare isotope.”
The chief scientist Bradley Sherrill said what FRIB trying to answer is important questions about items themselves, it is trying to answer important questions about the universe, and it is also trying to answer important questions about the nature.”
As a new national facility for nuclear science, FRIB is funded mostly by the United States department of energy. FRIB is a very big project and it costs about 600 millions dollars in all.”
But now, there are many challenges facing the project’s future. As for Bradley Sherrill, any time if you are pushing the forefront, there are challenges. But that’s good, that’s exciting.
And now, one of the most challenging problems is the proposed funding cuts to build the new facility. In president Obama’s  2013 budget proposal, FRIB’s funding has been cut from 55 million, to 22 million, resulting in a 33 million dollar shortfall.
Bradley Sherrill said the good news is that FRIB is in the proposal the plan is to complete FRIB. And the bad news is that if we are not able to get more than 22 million.

Matt Hodek became a research scientist in FRIB after he graduate from MSU 5 years ago. As a faculty member, he thinks that the budget cuts will cause a considerable amount of problems. He said they are not going to be moving as fast as they have original hoped to. It might take a little bit longer to actually get there.

But Matt says the money for the FRIB has and will be well spent.  He said, “ We are not just burning the money or anything like that, we are actually buying things with it. We are investigating with other sectors, whether it is technology or buildings in the local economic.

East Lansing mayor Diane Goddeeris said education is the future for our development here in the community and that they want to encourage any of those kinds of projects that will bring power into our community.

School and Local government believed that FRIB will benefir not only East Lansing, but Michigan as a whole.

Besides the FRIB research team, both MSU and East Lansing officials are trying their best to prevent FRIB funding cuts.

Michigan state university has already committed to contribute 94.5 million dollars at the beginning of the program, which makes FRIB possible at all.