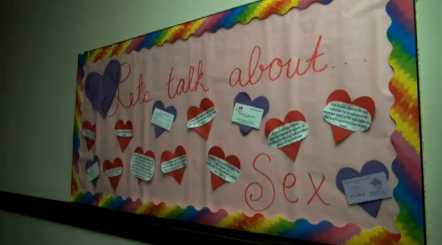 The Condom Connection program at Michigan State University provides free condoms to all students through the Residence Hall Association and Olin Health Center.

For Jacqueline Martin, promoting sexual health is important. The resident mentor and MSU senior keeps a bucket of condoms in her room in case any of her floor mates need them. “I just put condoms and lube in here, and it’s always in my room,” she said. “Sometimes I’ll keep it in the bathroom, but it’s always available to my residents.”

She is not alone. Many resident mentors are participating in Condom Connection, a Residence Hall Association program that aims to provide free condoms to students across campus. According to RHA Director of Health and Safety, the program was established to ensure that students had access to methods of practicing safe sex.

“We wanted to get condoms and things into the hands of students who need them,” he said.

Although the program has been a success for several years, it continues to face some challenges.

“As freshman, a lot of the guys on the floor just like to mess around and would put the condoms on each other’s door handles,” said MSU student Nate Redner. “Just play pranks on each other. Freshman stuff.”

Some mentors have employed creative strategies to avoid problems, such as disguising the condoms or keeping them in their rooms. Resident Mentor Abby Johnson puts her floor’s condoms in an unmarked envelope that is accessible to everyone.

“There isn’t a sign or anything, but they know that’s what in there,” she said. “People who are outsiders to the floor are most likely to mess with them, but if they don’t know that condoms are in the envelope that is far less likely.”

Mentors face other challenges, such as students who are too shy to ask for condoms directly, but the program has been able to provide thousands of condoms across campus to date.