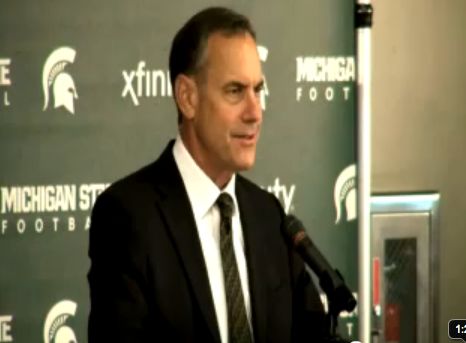 The Spartans will face the Wisconsin Badgers at Lucas Oil Stadium for the Championship game.  MSU beat Wisconsin earlier this season 37-31 on a Hail Mary pass from Kirk Cousins to Keith Nichol as time expired.

Michigan State had a final record of 4-1 in the Legends Division in its journey to become the first Big Ten Legends Division Champion.  The Spartans beat Iowa, Michigan, Minnesota and Northwestern, with its only loss in the Big Ten Conference coming to Nebraska.