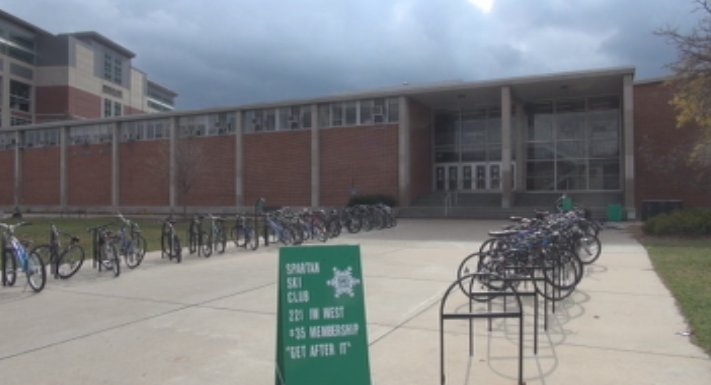 The ranking was based on nutrition, fitness and campus indexes that included the number of athletic clubs, nutrition and the amount of sunshine on campus.

MSU has three intramural facilities on campus that are utilized by thousands of students.

“I like IM West because it’s big, there are a lot of machines so if someone is using something usually there’s something else you can do,” MSU freshman Louis Savona said.  “They’re all new and they’re all nice.”

But Rick McNeil, the Director of Recreational Sports and Fitness Services, doesn’t agree with MSU’s ranking.  He said he wouldn’t rank MSU in the middle of the Big Ten Conference in the quality of campus facilities let alone third in the nation.

“Between IM East and IM West, we have 16,000 square feet of cardiovascular and strength fitness equipment,” McNeil said. “The standard in our industry is 1 square foot per student.  That means we should have 47,000 square feet.”

McNeil and his staff hope to add small fitness centers to each residential hall by next fall in an effort to increase the capacity of MSU’s exercise facilities.