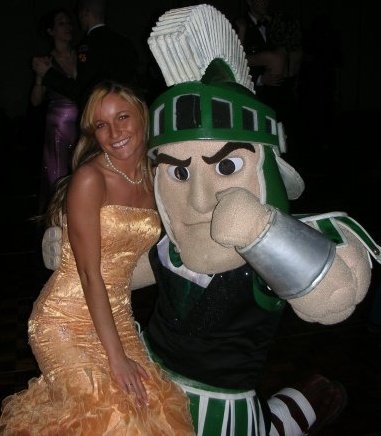 Scene Metrospace has opened up a new venue in downtown East Lansing.

Scene is a alternative art and performance space located on 110 Charles St.

“We want to keep creativity here. Creative people in East Lansing don’t have a place to explore things they are interested in,” said Tim Lane, director and curator of Scene.

Scene’s mission is to create a creative outlet for creative people in the community. It is the niche for people interested in contemporary art and local musicians, said Lane.

Scene Metrospace was founded  in 2004 when Jennifer Granholm created the Cool Cities initiatives.  The gallery was one of the venues the city choose to fund, according to Lane.

The city designed the non-profit venue to be a focal point for creative citizens to come and connect, said Lane.

“I used to attend black poets society’s open mic night that Scene had during my sophomore year. It was such a nice ambiance,” said Ashley Robinson, a senior at MSU.

Art from local artists graced the walls. The host Logic was always so charismatic and funny, made you always want to come back. And the poets were always dope. Loved each and every one, said Robinson.

Logic host a annual Poetry Slam at the Scene and generates around 140 people per event.

“I really do think it’s working. Scene is beginning to reach the creative community at large. Students are also becoming more familiar. Scene gives the city more diversity, a larger cross section for creativity, and innovation in the city,” said Lane.

“People need to know what Metrospace is first. A bomb lineup of open mic, with a noted performer would kill. With the right following and pubbing efforts, the show and the turn out could be a success. I’ve seen it happen before,” said Robinson.

The venue host public and private events for more information on Metrospace you can visit its website for service hours, events, and booking.