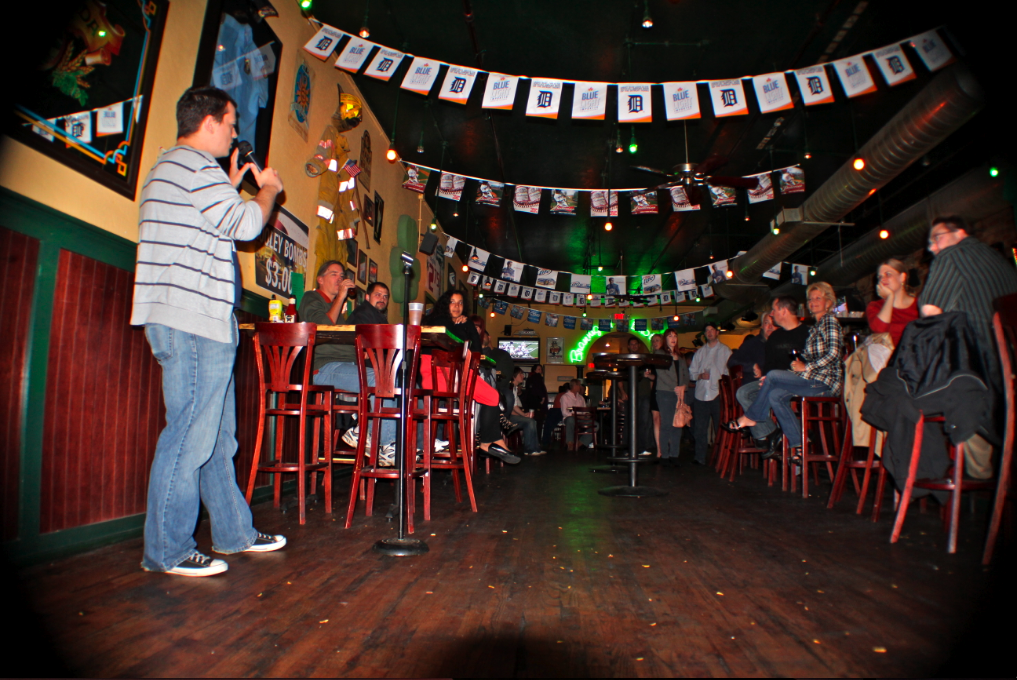 Comedian Mark Roebuck gets the crowd laughing on Friday night at Brannigan Brothers in downtown Lansing.

Jennifer Watkins, an accelerated option nursing senior at Michigan State University, used her birthday as a way to give back. Deviating from conventional birthday celebrations, Watkins held a charity comedy show called “Laugh for a Cause” at Brannigan Brothers in downtown Lansing. The event, held Sept. 30, raised money for both the Mission of Hope Cancer Fund and the Greater Lansing Food Bank.

Watkins, who has worked at Brannigan Brothers for three and a half years, organized the entire event after receiving approval from her manager. “I just called up all my friends that I could and, I mean, everyone was so eager, we haven’t had anyone who’s declined to help,” said Watkins.

Local comedian Zak Engelend, a friend of Watkins, gathered a group of local comedians to contribute their talent to help out with the cause. Comedians included: Engelend, Dan Currie, Jake Zomonski and Mark Roebuck. “These guys are the best of local comedy,” said Engelend. Currie also added his thoughts on the night, “It feels good to be a part of something that brought people in.”

The event raised $820 that was split evenly between the two charities.

Sarah Brown, the office manager at the Greater Lansing Food Bank, was also inspired by the idea of the cut three previous words. event. “I just thought, ‘wow, what a neat idea.’ Now, my birthday’s in February and I’m thinking what can I do for the food bank or any charity.”