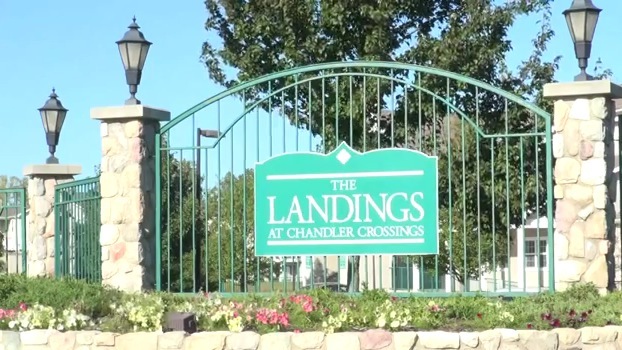 Nearly fourteen burglaries have been reported at the Landings complex since August 1st. Police said they have some leads as the investigation continues.

Break-ins and burglaries at the Landings complex have become common since the beginning of the semester.When Xiang Gao, a sophomore from MSU came back apartment on September 19th, he found a scratch on the screen window in his bedroom. Immediately, he also noticed that his laptop and camera were gone.

“I lost my computer and camera. What I lost is not only the computer, but there are many private things like pictures with my friends or contact information,” he said.

“Since August 1st we have close 14 home break-ins in the landings apartment complex,” said Captain Johnson of the East Lansing Police Department.

Neighbors were wondering why the complex was being targeted, but haven’t heard much from the leasing office. “No, I haven’t seen any just like warning things. Make sure you lock your doors so for that. No I haven’t,” said Erika Stender, who is a resident in the Pointe.

Most people did not realize that they need their own renters policy to cover the personal belongings they have in their apartment in case of theft or fire. One of the robbery victims, Yanjie Wang, said she still did not have any plan to buy it since she was not sure whether it really worked for her.

“Only 50% of people who rent in Michigan have a renter policy. It is pretty inexpensive about 170 dollars annually and give them an important piece of mind if they have a lost. They can replace these personal items in your apartment”, said Lori Conarton, the communications director in Insurance Institute of Michigan.

While the thieves have targeted some international students, police said that these students were not the ones specifically targeted.

Reporter Jennifer shows the scratch on the screen window.