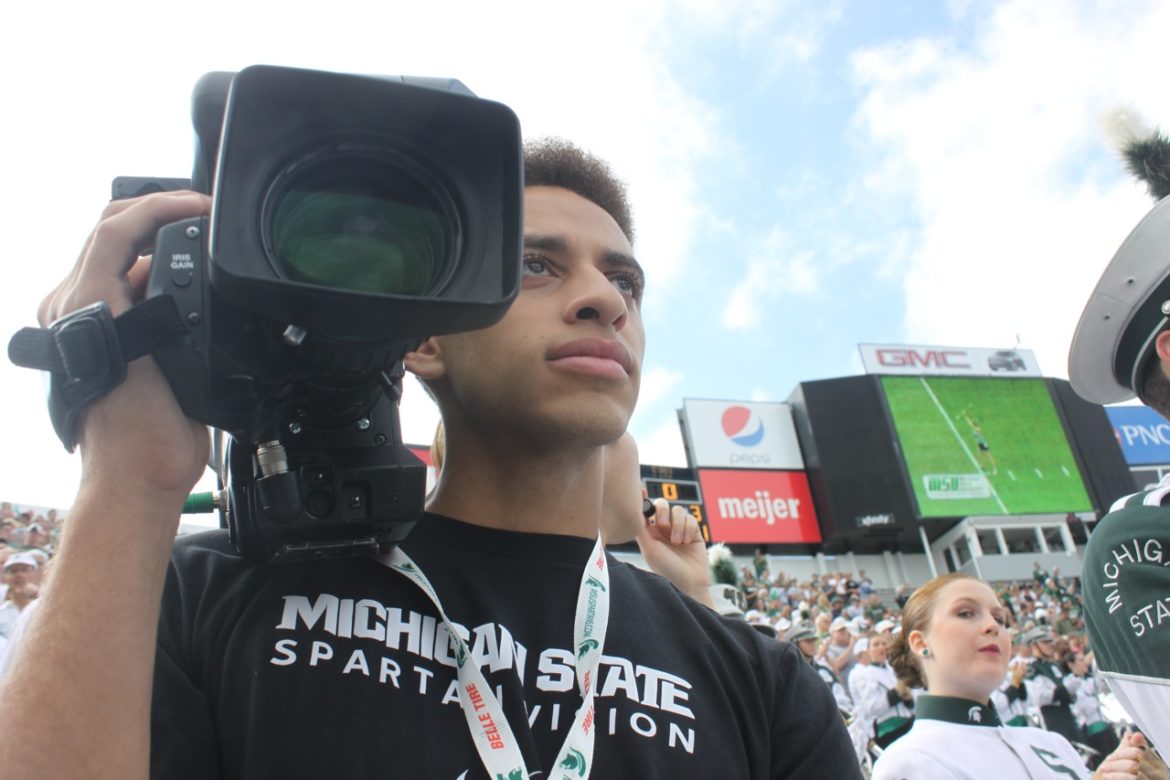 First of all… Jamo loves Jesus. Secondly, Jamison “Jamo” Williams is a 5th year senior broadcast journalism student at the great Michigan State University. He hopes to graduate in December of 2011 with a Bachelor of Arts in broadcast journalism with a specialization in sports.

Jamo graduated from St. Johns High School in 2007 and always knew from the beginning he wanted to do something in the sports field. Since the diaper era he has had a huge love for everything sports. The impact sports has on individuals and communities, players and coaches is always something that has excited and motivated Jamo to keep pursuing this goal of sports journalism.

Fortunately, God has provided many blessings and work opportunities to help further educate Jamo. He has been involved in a student-run broadcast show called Spartan Sports Roundtable which provides great on-camera practice. He also is employed with SpartanVision which works the behind the scenes aspect of cameras and other control room responsibilities like replay and CG.

In his spring semester of his first senior year, Jamo had the awesome opportunity to meet, greet and chill with Greg “Special K” Kelser (you know, the great MSU basketball player who won the school’s first NCAA championship with Magic). He is a color commentator for FSN Detroit and the job shadow with Kelser was very educational.

As of Fall 2011, Jamo has been interning with Mlive doing local high school football reporting. This includes writing previews and recaps, interviewing coaches and players, photography and possibilities for video.

Michael Jordan once said “Some people want it to happen, some people wish it would happen, other people make it happen…”

This is Jamo’s mindset with journalism. He longs to MAKE good things happen not just for himself but for others.