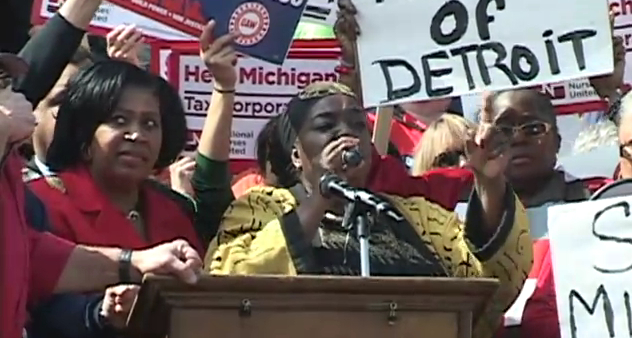 Governor Snyder’s plans for the new budget have caused a stir throughout mid-Michigan and all over the state. Wednesday, March 16 saw thousands of demonstrators at the steps of the capitol building in Lansing.

The protest included a very diverse group of demonstrators from education, the UAW, Michigan Nurses Association, retired pension-holders, only a few.

There demonstrators protested diverse issues from Governor Snyder’s proposed bills like the implementing of emergency financial managers who have the power to dissolve local government, the proposed end to collective bargaining agreements, and taxes on pensions.

Demonstrators went inside the capitol building chanting things like “Whose house? Our house” and “This is what democracy looks like”. The demonstrations where loud, but remained mostly peaceful.

Once the capitol building closed, Michigan State Police said the 15 people were arrested and no one was hurt.