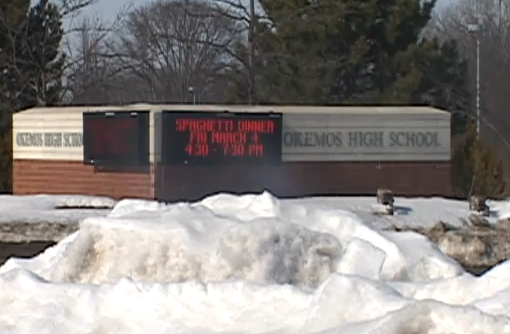 Budget cuts in education are on the minds of many residents and school district officials lately because of governor Rick Snyder’s recent proposal that would cut $470 per pupil from each school district in the state of Michigan.

Economy expert at Michigan State University, Charles Ballard says that the cuts have to come from somewhere and that education got a big boost during the 1990’s.

The Okemos school board has anticipated cuts for the past several years, but this year the cuts will be severe. Bob Bullock is the athletic director for Okemos High School and Chippewa Middle School and says that he’s hoping not to have to say goodbye to more programs with these proposed budget cuts.

He says that he often deals with concerned parents and everyone is waiting to see what the proposed budget cuts will bring.

Bob Clark, who works for the Okemos school board, says that 90 percent of the operating costs for the district go towards personnel, like teachers and faculty. He says it is likely that that is where we’ll see the cuts. As a result, he says, larger class sizes will be inevitable, as well as the possible consolidation of districts.