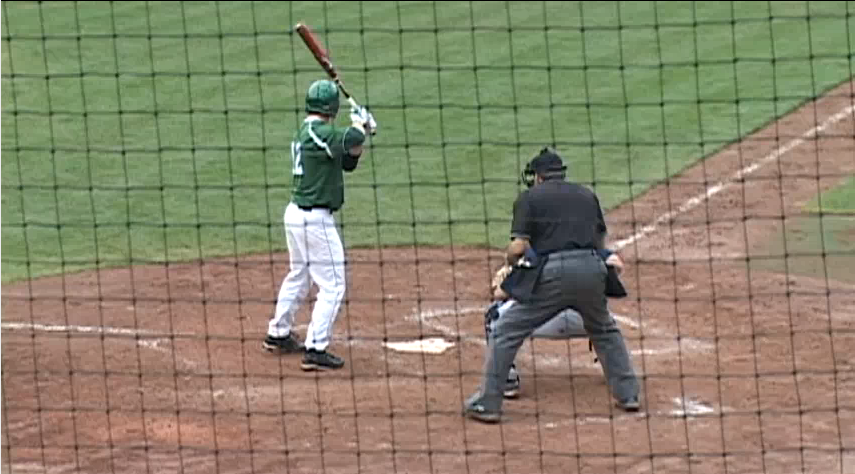 The Michigan State Baseball Team played their first exhibition game against Notre Dame at McLane Stadium on the same day that Spartan football defeated the Fighting Irish in a close match.

The game was delayed for about an hour due to stormy conditions but that didn’t stop the team and their dedicated fans.

The tense atmosphere led the Spartans to a 4-2 win in the seven inning scrimmage. Trevor Cousineau got the ball game rolling in the bottom of the third with a single run homer. Brandon Eckerle added an RBI making the score 2-0. Notre Dame tied it up in the top of the sixth but the Spartans came back in the sixth and seventh innings with a single RBI in each.

MSU used seven of their pitchers, one for each inning, for the scrimmage and hope to keep their momentum in the upcoming season.